THIS EVENT HAS NOW ENDED - PLEASE ENJOY THE RECORDING Join the guys from Peel Tec as they demonstrate three revolutionary products for the painting and decorating sector.

We’ll be talking about how to Clean, Seal and Peel with Multisolve, CT1 and Peel Tec – The only 3 products you need for a job. Available at Crown decorating Centres.

We’ll be joined live in the session by Gary Watson from Peel Tec, where you’ll get the opportunity to put your questions to Gary in a live Q&A following our Peel Tec demonstration.

Join us for exclusive special offers

Peel Tec which has drastically changed the way the Painting and Decorating industry are now removing paint, is now becoming even Greener!

Peel Tec from the creators of CT1, developed the latest technology in paint removal the industry has ever seen. With Methyl chloride being banned by the EU, it has left many conventional paint removers ineffective.

PeelTec which is 100% Methyl chloride free, removes paint in minutes. And from multiple surfaces! Peel Tec’s unique formulation reduces labour considerably even when removing multiple layers of paint. Across The UK, PeelTec has saved numerous jobs that were deemed impossible with too much labour required, with layers of paint on delicate substrates.

From the creators of CT1, which is commonly known as The Snag List Eliminator, is widely regarded and voted as the UK’s Number 1 Sealant and Adhesive. Introduced the first ever Hybrid sealant into the market, replacing several products in just 1 tube. CT1 replaces mastic, wood and P.U. adhesives, silicone, sanitary, acrylic and butyl rubber sealants in just one product

CT1 widely used by painters and decorators, as the preferred filler, has lead the way in research and development in the building industry for 18 years. CT1 have now introduced TRIBRID® Technology, making CT1 now 3 times stronger, developed Peel Tec as there was a need in the painting and decorating sector, for an effective but nonaggressive Paint remover. Peel Tec has taken the industry by storm, headlining shows such as The KBB, The Painting and Decorating Show, The Trade Decorator Festival, The Installer show and many more.

CT1’s overall goal is to have a lesser impact on the environment in the future, never sitting still CT1’s R&D department have now lowered the levels of harmful substances in Peel Tec’s New Citrus Version. Also removing paint now even faster than before! Technology that can’t be matched.

Join us live for the launch of our Peel Tec Competition and you could win a hamper brimming with Peel Tec and CT1 goodies.

Clean, Seal and Peel with Multisolve, CT1 and Peel Tec – The only 3 products you need for a job. Available at Crown Decorating Centres. 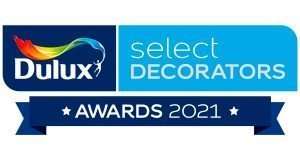 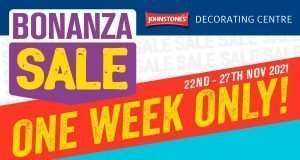 RETURN OF THE BONANZA SALE: TOP BARGAINS UP FOR GRABS 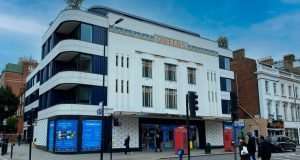 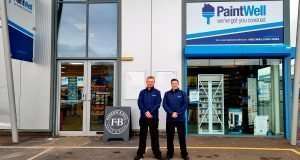