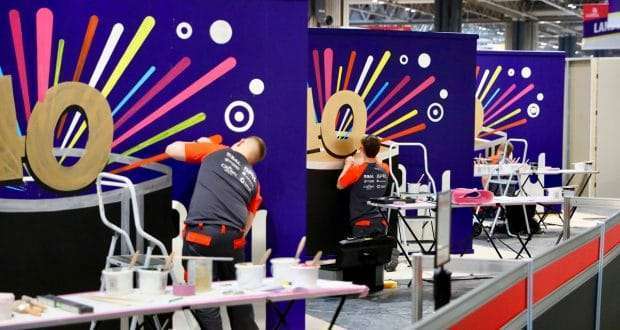 Leeds College of Building students have been named among the best in UK trades after winning two silver and one bronze medal at WorldSkills UK Live. 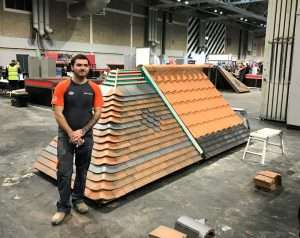 Taking place from 21 – 23 November at the NEC, Birmingham, WorldSkills UK LIVE is the UK’s largest skills, apprenticeship and careers events. At its heart are the national finals of the WorldSkills UK Competitions showcasing 70 different skills across industries including Digital, Technology, Engineering, Construction, and Hospitality.

After three days of intense competition, Leeds College of Building student and The Roofing Corporation Apprentice, Joe Osborne, was named winner of the silver medal in Roof Slating & Tiling. Fellow student and employee at Bagnalls, Lewis Boyle, won silver in the Painting & Decorating category and peer, Abigayle Johnson (also an Apprentice at Bagnalls), was awarded a bronze medal in Painting & Decorating.

Designed by industry experts, the WorldSkills UK Competitions equip apprentices and learners with the world-class skills needed to help UK businesses better compete globally.  Students battled against peers from all over the UK in front of a record 85,000 visitors to be crowned champions. The WorldSkills UK Competition in Construction & Infrastructure runs in partnership with CITB/SkillBuild.

Dr Neil Bentley-Gockmann OBE, Chief Executive, WorldSkills UK said: “Congratulations to all the College winners for such a fantastic achievement. The competition was fierce, and the standards very high. All of Leeds College of Building’s hard work and dedication has been rewarded and we at WorldSkills UK salute you.”

Mark Sims, Leeds College of Building’s competition coordinator and lecturer said: “I am elated that our apprentices have achieved successive medals at WorldSkills UK. Our students saw off competition from hundreds of other construction students from colleges across the UK to reach the national finals. Well done to all of the College’s six competitors selected for the finals and to Joe, Lewis, and Abigayle for achieving medal positions. I’m so proud that the College has set the standard of skills required to achieve such national accolades and to be representative of the best in industry.”