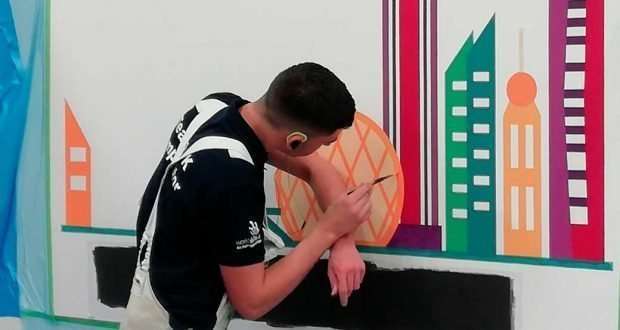 Former ADY competitor is ready to take on the world

Since reaching the final of the Crown Paints Apprentice Decorator of the Year competition in 2017, Callum Bonner has never looked back. He’s now set his sights on the world, having secured himself a place at this year’s global WorldSkills event in Russia. 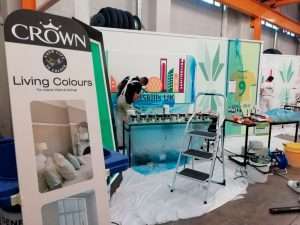 The 21-year-old from Scotland has just completed his four-year Modern Apprenticeship course at Forth Valley College in Falkirk and is now working full time for Clackmannanshire Council. Ever since he started on his apprenticeship journey, he’s made the most of every opportunity and has taken part in several industry competitions, bagging himself an enviable array of accolades in the process.

After the Apprentice Decorator of the Year final in 2017, Callum went on to compete at EuroSkills in Budapest 2018 and was subsequently selected to represent the UK at the global bi-annual WorldSkills competition in August. With only one apprentice per trade making it through to the final squad, he’s done incredibly well to get to this stage and we’re backing him all the way.

This August, 1,600 apprentices trained in 56 different trades and from more than 60 countries, will compete during the four-day WorldSkills event in Kazan, Russia. The gruelling competition will see Callum working in six hour stints every day of the event to complete set tasks. He’s already got hundreds of hours of practical training under his belt and continues to train hard – under the watchful eye of Mike Swan, WorldskillsUK training manager and Callum’s competition mentor. 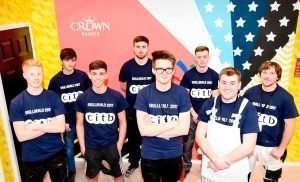 As Mike explains, preparing for the competition isn’t just about Callum fitting in extra time to hone his decorating skills. He says, “Callum has put in a tremendous amount of work and has taken part in several training events to ensure he’s fit and ready, both physically and mentally. In fact, the training programme for the UK team has been deliberately designed to reflect techniques adopted by sporting teams for events like the Olympics to make sure everyone is able to cope with the demands of the competition. The next step on the programme for Callum is an intensive training event in China in June with the rest of the UK team.

“Callum has soaked up everything he’s been taught over the last few years and is always pushing himself to succeed. It’s been fantastic to see how he’s grown in confidence and matured over the last year – there’s such a difference in him today.

“Competitions like this are an excellent part of the training for our apprentices and I’d like to thank Crown Paints for their support of the Apprentice Decorator of the Year competition over the years. Crown has provided paint, sundries and other materials for the regional heats and national final of the competition and I honestly don’t think we’d be able to run it without the kind donations and support of companies like Crown.”